Heroes surround us in many forms. We look at family members as heroes, firefighters or doctors. As a nation, we honor military service members for their heroism. Whether Army, Navy, Air Force, or Marines, their bravery gives us freedom. It is important to give proper military funeral for your loved one.

“A hero is someone who has given his or her life to something bigger than oneself.”
– Joseph Campbell

When the time comes, our heroes deserve a proper military service. Whether they have fallen in combat, or they are a veteran that passes later in life. Military services give the opportunity for fellow service men and women to provide a respectful goodbye and their family an important step towards closure.

Eligibility for Having a Military Funeral

Who is eligible to receive a military funeral?

Additionally, your funeral home of choice will verify eligibility before proceeding with funeral arrangements.

When a veteran or active service member passes, most families opt to have a military funeral. A military ceremony has beautiful, patriotic customs. Whether you are planning a military funeral service or attending, there are things you can do to show respect for your beloved soldier.

What to Expect During the Ceremony at a Military Funeral

Military funerals hold sacred traditions that everyone in attendance should prepare for prior to attending. What should you expect at a military funeral? Often, visitors, except for immediate family, will remain standing to show respect for the deceased.

Do not dress casually. However, make sure to wear comfortable shoes and clothing that is respectable mourning attire. For more information on proper funeral attire, read our blog.

During military funerals, salutes are given to show respect for the fallen soldier. They should be only observed in the following situations.

Military members should salute at the following points at any funeral involving the armed forces:

Note: Nonmilitary friends and family do not salute but should remove any hats and place them over their hearts during these same instances. If you are not wearing a hat, cover your heart with your right hand.

It is important to make sure you have the proper documents to have a military funeral. This process may be overwhelming for grieving families. So, finding a funeral home that has experience putting on military funerals is key. Coastal Funeral Center helps our families through the planning process and handles the necessary documentation to hold a proper military burial.

How to Request Honors

Families of eligible veterans can request funeral honors through their funeral director of choice. At Coastal, we will contact the appropriate offices to arrange for the funeral honors detail.

Your funeral director will also assist with receiving other federal and state burial benefits you are eligible for.

By law, selected military units will provide at least a two-person uniformed detail to present the core elements of a funeral honors ceremony. Including, the playing of Taps and the folding and presentation of the U.S. flag. Traditionally, a uniformed member from the veteran’s service will present the flag.

Taps is a patriotic tune that was deemed the “National Song of Military Remembrance” in 2013. According to Military On Source, “Although a live bugler is preferred, a ceremonial bugle or a high-quality recording on a stereo player may be used. (A ceremonial bugle is an electronic device that fits directly inside the bell portion of a bugle and contains a recording of Taps.)”

A U.S. flag is used to honor the memory of a service member or veteran’s service to our country. The ceremonial folding and presentation of the flag is a symbolic tribute to the passing of the beloved service member, all veterans alike and their families. 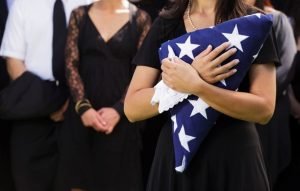 An American flag drapes the casket so that the union blue field is at the head and over the left shoulder of the soldier. If the deceased is cremated, the flag will be properly folded.

Once Taps plays, the flag is delicately folded into a symbolic tricorn shape. The fold does not allow any red stripes of the flag to be shown and is symbolic of the tricorn hat worn by the patriots of the American Revolution.

A service member will present the family with the folded flag as a keepsake.

At Coastal Funeral Center, we work with the appropriate military offices to make sure your funeral service honors your loved one. One of our families had a beautiful celebration of life for their marine.

Although these are typical military funeral events, feel free to plan other activities that you think would best honor your loved one. We can customize your ceremony to reflect your soldier’s interests and personality. Since there are no rules, consider how the deceased would like to be remembered. In addition, read our blog about more ways to personalize a funeral for your loved one.

Costs of a funeral for a person who served in the military should not have to fall on the family alone. The US government awards aid to families to help with funeral costs. You can give your loved one a proper military funeral, and the U.S. Department of Veteran Affairs can compensate families up to $2,000 to help cover service fees. 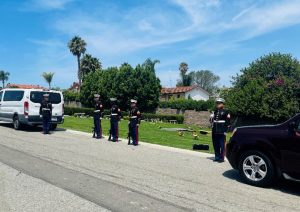 Now that you know how to plan a military funeral service, you can ensure that your loved one’s memory is honored.

Do you need help planning a military funeral? If so, Coastal Funeral Center would love to assist you in honoring your beloved soldier.

Contact us online or give us a call at (310) 326-6343 to learn more about our veteran services and other packages.

At Coastal Funeral Center, we are committed to being dedicated guardians of family and community, while holding on to the legacy we established as a family-owned funeral home. Originally A.M Gamby Funeral Home, Coastal Funeral Center joined Green Hills Memorial Park in 2018 to better serve the community of the South Bay and Palos Verdes Peninsula. During this transition, we expanded our services as an all-inclusive facility and built on the successes of Green Hills Memorial Park. We’re proud of our legacy of personal service and our deep roots in the community, which we’ve been part of for more than 80 years. We provide customized funeral service options that meet your financial needs and honor your loved one like the beautiful individual they were. To learn more, visit https://coastalfuneralcenter.com. 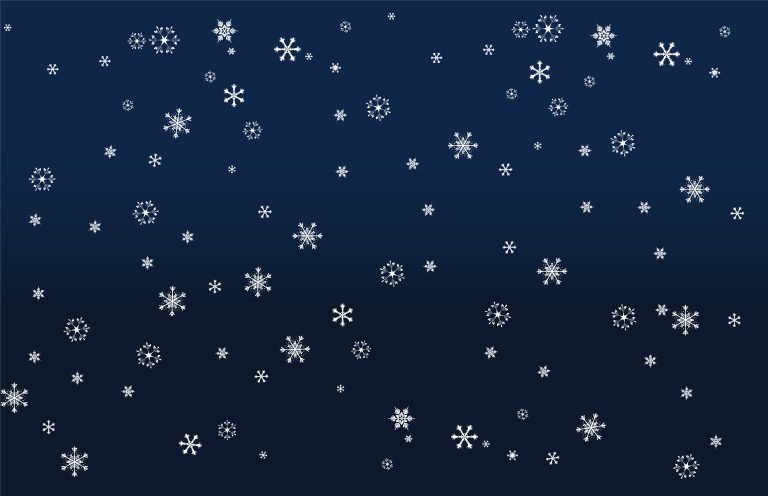 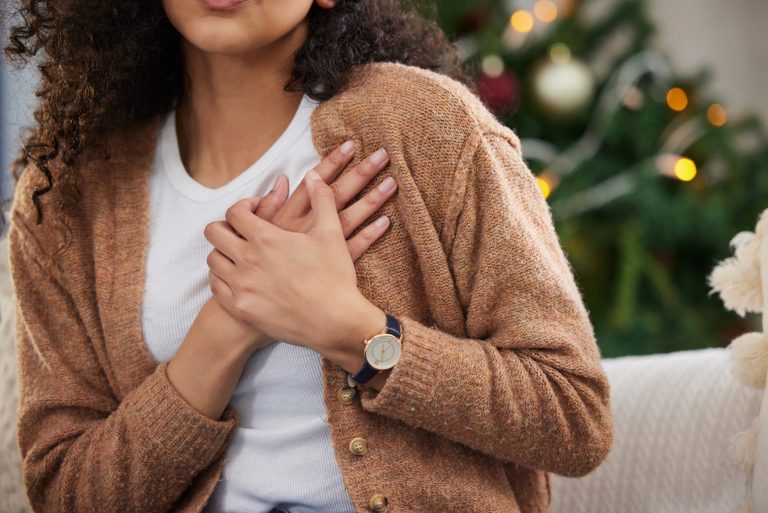 8 ways to Cope with Grief and the Holidays